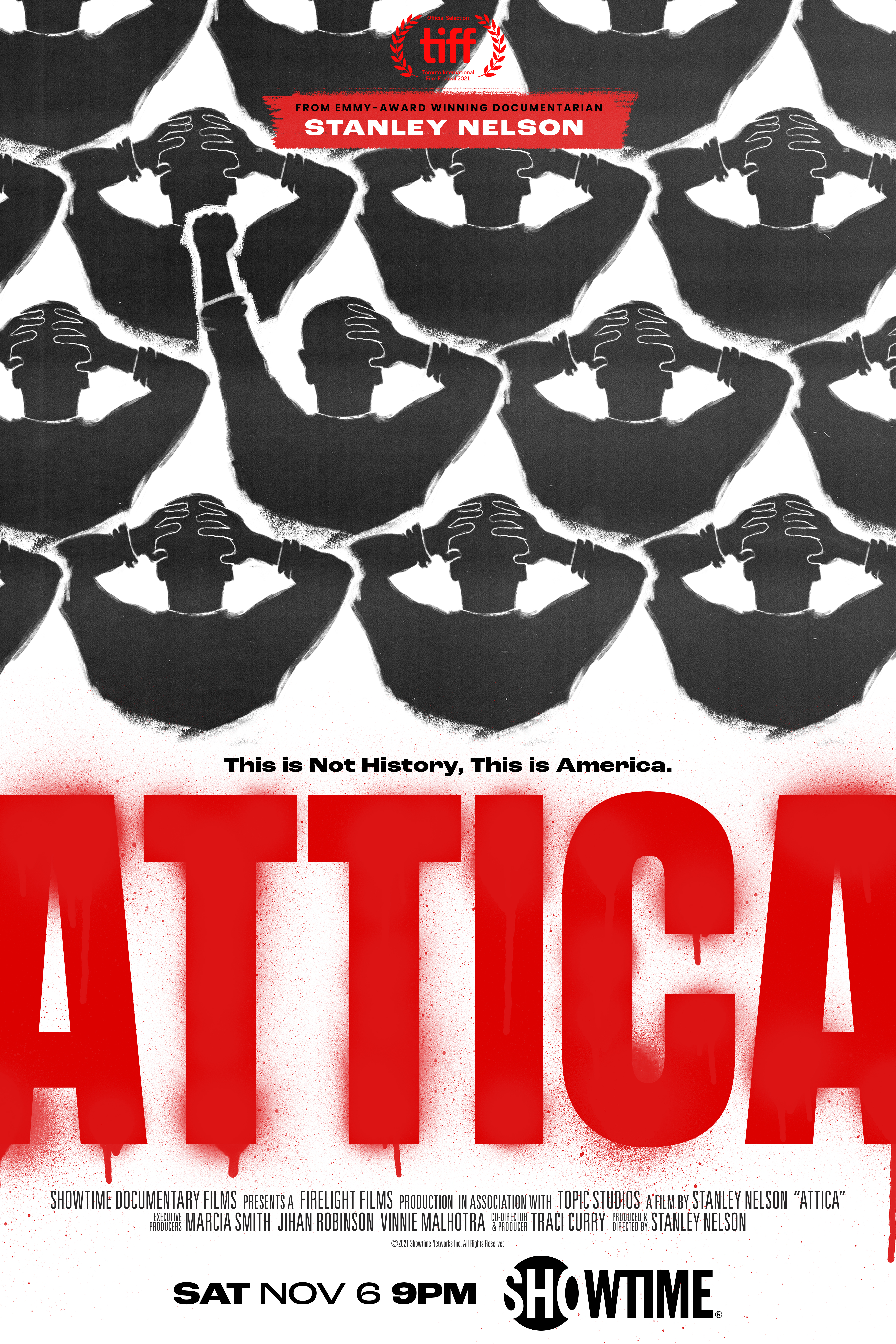 LOS ANGELES – September 23, 2021 – SHOWTIME will delve deep inside the bloodiest prison rebellion in U.S. history with ATTICA, the new feature-length documentary from Emmy-winning filmmaker Stanley Nelson (Freedom Riders, The Murder of Emmett Till) and co-director Traci A. Curry, premiering Saturday, November 6 at 9 p.m. ET/PT. The film recounts in vivid detail the five-day 1971 prison rebellion at the Attica Correctional Facility in upstate New York, which took the lives of 29 inmates and 10 hostages – the deadliest single day of violence Americans inflicted on each other since the Civil War.

ATTICA premiered at the Toronto International Film Festival on September 9, the 50th anniversary of the start of the uprising. The film will have an awards qualifying run in New York and Los Angeles on Friday, October 22 ahead of the SHOWTIME premiere.

Through original interviews with former inmates, family members of the hostages, and other witnesses, ATTICA brings us back to a moment in history that resonated for decades, utilizing hundreds of hours of footage and never-before-seen archival tapes from inside the prison. The film captures the personalities, politics, emotions, and tragedy that stands as a wake-up call — then and now — about the need for prison reform and the responsibilities of justice.

“The Attica rebellion looms large in our public memory as the largest prison riot in the history of the United States,” said Nelson. “Yet fifty years on, the word ‘Attica’ most often conjures up vague notions of a violent incident. The specific and horrifying details of the rebellion are in danger of being lost. With this film, we have strived to create a balanced, accurate account of this critical moment in history using the firsthand accounts of the people who lived it.”