Documentary To Premiere on Sunday, November 29 at 9 PM ET/PT 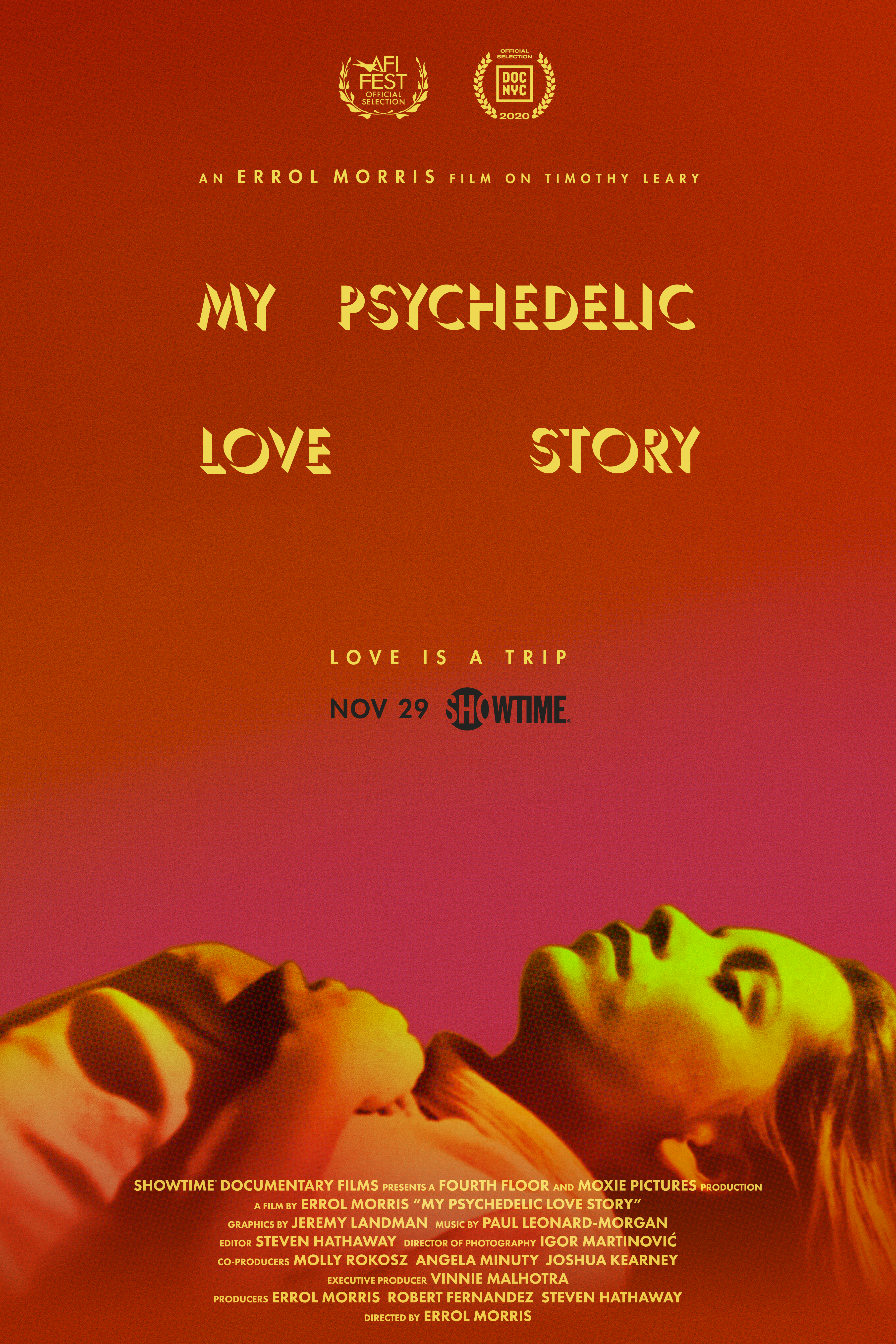 LOS ANGELES – October 29, 2020 – SHOWTIME has released the trailer and poster from MY PSYCHEDELIC LOVE STORY, the newest documentary from Academy Award®-winning filmmaker Errol Morris (Wormwood, The Fog of War). The film, which was the Closing Night selection at AFI Fest earlier this month and will screen at DOC NYC next month, is a psychedelic head trip crossed with a possible CIA conspiracy and wrapped in a fascinating love story told by the late Joanna Harcourt-Smith about her time with Timothy Leary. In MY PSYCHEDELIC LOVE STORY, Morris and Harcourt-Smith will reexamine this chaotic period of her life and explore the dark side of the Leary saga: his period of exile, reimprisonment and subsequent cooperation with the authorities. The film will premiere on Sunday, November 29 at 9 p.m. ET/PT on SHOWTIME. To watch and share the trailer, visit: https://youtu.be/WJAsSX_V86I.

Told through the lens of Swiss-born, Paris-raised free spirit Harcourt-Smith, MY PSYCHEDELIC LOVE STORY examines the twists and turns that led Leary, the High Priest of LSD, to seemingly sell out the millions he urged to “turn on, tune in and drop out” and become a narc in 1974. At the heart of the story is the woman Leary described as his “perfect love.” Was she a government pawn, a Mata Hari or simply a beautiful, young, intelligent woman on the trip of a lifetime? Through a series of candid interviews, Morris and Harcourt-Smith reexamine this chaotic period, resulting in a singular snapshot of the early 1970s cultural landscape – and its profound impact on the trajectory of one woman’s life.

MY PSYCHEDELIC LOVE STORY is produced for SHOWTIME by Fourth Floor Productions and Moxie Pictures. In addition to directing Morris serves as producer, along with Robert Fernandez and Steven Hathaway.